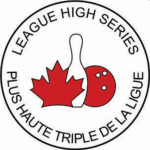 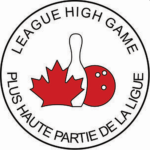 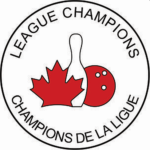 League Awards Note: For Mixed Adult Leagues, in each of the following categories, there shall be two awards – one for the Men and one for the Women. The awards may or may not be gender-specific.

High Series, High Game, High Average Awards Rule 57.
The high series, high game and high average awards are furnished by CTF to each CTF league to provide recognition for the CTF registered participant who bowls the highest series during the season. The award is to be given to the bowler who is eligible, regardless of how many league awards the bowler is qualified to receive.
In order to qualify for these awards, the following provisions apply, unless otherwise provided by league rule:
(a) The CTF registered participant must have bowled at least two-thirds of the games scheduled during the league’s current season as a CTF registered participant. If a substitute later becomes a regular member of the league, the games bowled by him/her as a substitute shall be included in the required number of games. However, the scores bowled as a substitute shall not qualify for this award.
(b) Actual scores are to count in scratch leagues and for leagues using the team method of handicapping.
(c) Handicap scores are to count in leagues using the individual method of handicapping.
(d) In the event of a tie, extra pins must be carried out to a fraction of a pin to determine the highest average. Each bowler’s total pinfall for the season should be divided by the number of games bowled and should be carried over several decimal places. In the event a tie still exists after carrying the decimal points, the tied bowlers will receive an award.